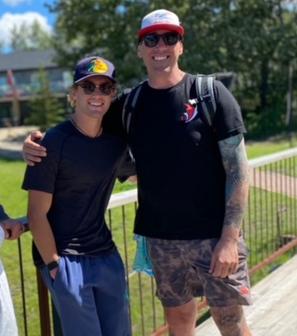 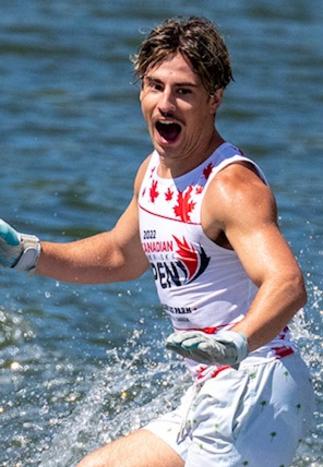 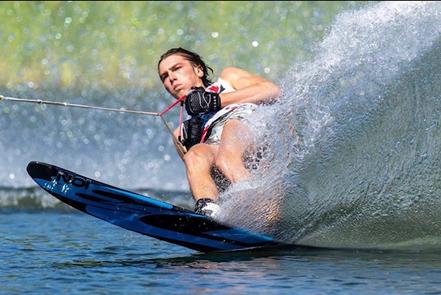 Shalom Park is pleased to announce they will be hosting the Jr. Canadian Open, July 8-10, 2023.  Shalom Park is beautifully situated in the river valley of the North Saskatchewan River, just 15 minutes from the International airport. The field of competitors will have until May 31, 2023 to submit scores to qualify for this U21/U17 event. The 2-round, world record-capable event will feature U21 Junior Men/Junior Women and U17 Boys/Girls athletes. The Jr. Canadian Open will be home to the world's top junior water ski athletes competing in Canada this 2023 summer.

These extraordinary athletes will be competing for titles in the Slalom, Trick, Jump, and Overall Events.

The Junior Canadian Open Water Ski Championships will be a two-day/two-round World Record Capability competition with a preliminary and final round. This event is sanctioned by Water Ski and Wakeboard Canada. Current International Waterski & Wakeboard Federation rules apply in all cases, except as listed herein. The event will be towed by Nautique Boats.

Preliminary round event qualification and seeding
There are no minimum qualifications. Each athlete must submit two scores per event performed at two separate WSWC Canadian Record Capable (CRC) or IWWF World Ranking List (WRL) sanctioned tournaments between Friday, May 1, 2022, and May 30, 2023.

Proof of performances must be submitted to: kristy@shalompark.com

Max Number of competitors in each event of the preliminary round

These overall competitors will be selected according to the highest overall score, second highest, etc., on the World Junior and U21 Rankings Weekly rankings (last one before above end dates) in overall and posted as final until three competitors are confirmed in each of the four divisions. Overall skiers will only ski in the final round if they make the cut for that round. The overall skier’s highest event score from either round in each event will be used in the calculation for overall placement with the thousand points attributed to the top score by an overall skier only.

Seeding for Sunday’s final round will be based on Saturday’s preliminary round results with the skier with the best score skiing last. Ties in seeding will be based on the competitor with the higher-seeded position in the preliminary round. Ties for the last qualifying position will be run off according to IWWF rules. In the finals, any ties other than first will be awarded to the higher seed. Ties for first in slalom will be a one-time run-off where the top skier has the choice to go 1st or 2nd and whoever skis 2nd must beat whoever skis first.

There will be a mandatory skier’s meeting on Friday at 6:00 p.m., July 8, 2023, at the Ski Site. Roll call will be taken at this meeting. Unless a skier or his representative (on an exception basis) is present to sign in, the skier will be scratched and replacements to the running order made with no further changes after the conclusion of the mandatory skiers meeting. If a representative will be present to sign a skier in, that skier should advise the tournament director Kristy Kraus (Kristy@shalompark.com) at least 24 hours prior to the meeting to indicate that the skier will be unable to attend and provide the tournament director with the name of the skier’s representative.

To receive a special rate please contact reservations and give them the block name: Jr. Canadian Open

Additional Notes
Entry fee is $285.00 USD. Included in the entry fee are: meal and refreshments on Friday evening, lunch and dinner on Saturday, and lunch on Sunday for the athletes.

Practice may also be available Saturday, July 2, thru Thursday, July 7, by paying for and booking sets on the Mindbody booking system used at Shalom Park.


Information on how to sign up for Friday practice will be communicated early June.

Skiing for the press will be at the discretion of the Tournament Director and Chief Judge.

Current IWWF Rules will apply, other than any exceptions noted herein.

For overall calculations using the 1000 point system, 18 slalom buoys are subtracted for U17Boys/Girls; 24 for U21Men/Women.

Awards
Awards will be based on final round results only except for overall (to be scored as described above in the Overall section) and given to first, second and third in each event and overall.